Procrastination and anxiety: reasons and ways to deal with it

HomeUncategorizedProcrastination and anxiety: reasons and ways... 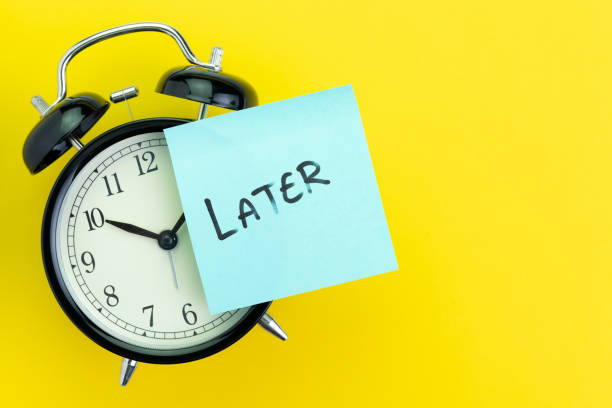 Previous item Εξαρτήσεις Next item S.M.A.R.T. GOALS: How to...

Procrastination and anxiety: reasons and ways to deal with it

To most of us, phrases like “I will start in an hour” or “I will do it tomorrow” will be perceived as familiar. Eventually, what was scheduled to start in one hour may start in five hours and what was scheduled to be done tomorrow, will be done next week – or even next month. So, at this point we start to wonder how the days go by so fast while we are not finishing our work and at the same time we feel anxious. So, procrastination is a problem that many can identify with.

Which are the reasons that can lead to procrastination?

First of all, procrastination – the unnecessary delay of things that one plans to do – is a phenomenon that has accompanied humanity since at least the time of Cicero (Steel, 2007) and has strongly attracted the interest of researchers, especially in the last four decades. It is a phenomenon that often occurs in the daily lives of many people, who continue to postpone their obligations despite the negative consequences they experience both emotionally and behaviorally (Klingsieck, 2013).

Some of the reasons for procrastination are:

How can procrastination be reduced?

First of all, it is important to understand that the above reasons are usually associated by each other by creating vicious circles that people cannot always realize in order to confront them. Thus, the first and basic step is together with the mental health specialist to realize that the person is postponing his responsibilities and to investigate the possible reasons that lead to this behavior. In addition, there are various ways and techniques of dealing with procrastination, such as proper planning, breaking goals into smaller goals, having an efficient time management, limiting the hours devoted to enjoyable activities and defining these activities as a reward for the hours devoted to responsibilities.

However, in order to have a substantial and long-term improvement, it is helpful for the person to be prepared for these techniques. More specifically, various interventions have been proposed to reduce procrastination. In their study, Van Eerde and Klingsieck (2018) identified several therapeutic techniques as effective in treating procrastination, with Cognitive Behavioral Therapy (CBT) being the most effective.

Cognitive Behavioral Therapy interventions explore the personal experience, aim at understanding the personal pattern of procrastination, and focus on identifying dysfunctional thoughts and modifying them into more realistic in order for the individual to be prepared for the application of techniques.

Procrastination, through effort and proper guidance can be explored and reduced, so that feelings of stress and exhaustion can be replaced by feelings of self-efficacy and satisfaction.

Spyros Tzeranis, Manager and Scientific Director of the Clinic.

Yerdelen,S., McCaffrey,A., Klassen,R.(2016). Longitudinal examination of procrastination and anxiety, and their relation to self-efficacy for self- regulated learning: Latent growth curvemodeling.