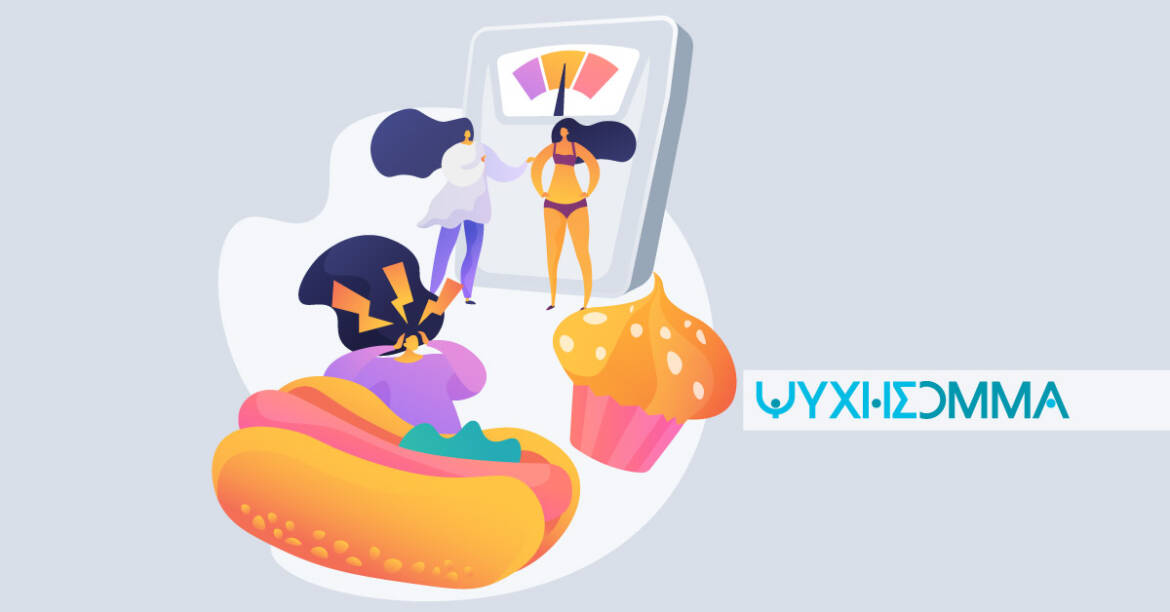 Food consumption is not perceived by everyone as a way of meeting basic biological needs but as a way to cope with emotional difficulties, which in turn, can cause negative emotions.

What is Binge Eating Disorder?

According to the Diagnostic and Statistical Manual of Mental Disorders, DSM-5 (American Psychiatric Association, 2013), in Binge Eating Disorder there are recurrent episodes of binge eating. A binge eating episode is characterized by the following:

Binge eating episodes must occur at least once a week for three months in order to be diagnosed with Binge Eating Disorder. In addition, the types of foods that tend to be consumed during these episodes are the so-called “comfort foods”, foods that provide immediate physical and emotional pleasure which are usually high in calories, sugar and fat (Spence, 2017).

What is the relationship between binge eating episodes and emotions?

Research findings reveal that the majority of people with Binge Eating Disorder have experienced at least once a comorbid psychiatric disorder, with mood disorders and anxiety disorders being among the most common (Hudson et al., 2007; Javaras et al., White & Masheb, 2009).

Apart from the sadness, other emotions such as feelings of despair, feelings of helplessness, irritability and feelings of inadequacy have been studied and found to be correlated and more specifically to precede a binge eating episode. Zeek et al. (2011) found that the emotions that best characterize these episodes are anger, frustration and the feeling that someone has been hurt or the feeling of loneliness.

Regarding stress, people with Binge Eating Disorder report that they experience more stressful events and that they find it difficult to cope with the negative components of stress. In addition, De Young et al. (2014) in their research found that people with Binge Eating Disorder, on days when their negative emotion was reduced and their positive emotion was elevated, reported fewer binge eating episodes.

In addition to the emotional level, individuals have difficulties in their daily lives, in their interpersonal relationships as well as in their work environment.

So, how do we help ourselves if we recognize the above symptoms as our own?

Binge Eating Disorder is undoubtedly a difficult situation that the person experiences and for this reason early diagnosis and intervention of the disorder is needed.